BRS COPs : A step further towards a Zero Pollution Ambition for a Toxic Free Environment!

HAZARDOUS WASTE EUROPE was present at the BRS COPs in Geneva Very positive decisions were taken and important revised Technical Guidelines have been adopted or progresses have been made in others for an Environmentally Sound Management of hazardous wastes and other wastes. Also a very good initiative from the Présidence française du Conseil de l’Union européenne, the European Commission and its Member States consisting in gathering challenges in the application of the PIC procedure. Ready to work on this in the coming months! Meetings of the conferences of the Parties to the Basel, Rotterdam and Stockholm conventions: http://www.brsmeas.org/20212022COPs/Overview/tabid/8395/language/fr-CH/Default.aspx 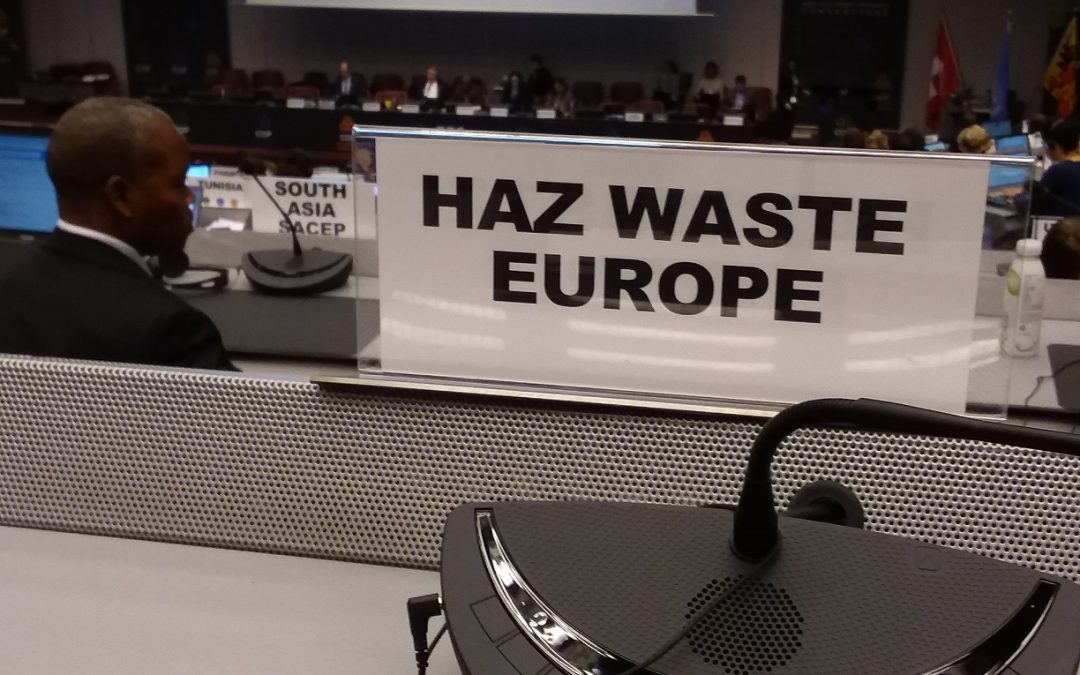 HWE participated in the 2019 Triple COPs in Geneva

The 2019 Triple COPs took place in Geneva from the 29th of April to the 10th of May. Governments from across the world have converged on Geneva this week for discussions and decisions aiming at protecting human health and the environment from chemicals and waste. The theme of the COP were  » Clean Planet, Healthy People: Sound Management of Chemicals and Waste ». HWE participated actively as observer to the meetings of the conferences of the parties to the Basel ans Stockholm Conventions.