Home > Mercury > HWE present at the COP1 of the Minamata Convention

HWE present at the COP1 of the Minamata Convention 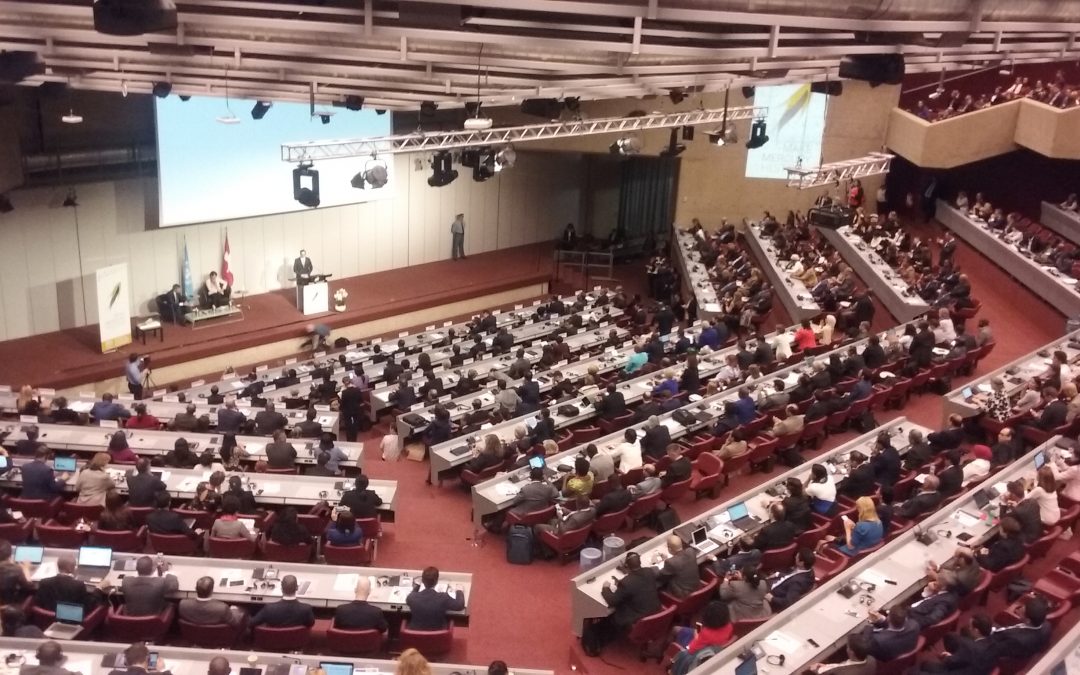 A few weeks after the entry into force of the Minamata Convention on Mercury  (16 August 2017), the first meeting of the Conference of the Parties (COP1) took place from 24 to 29 September 2017 in Geneva, Switzerland.

The Convention, whose Secretariat is now officially based in Geneva, aims at “protecting the human health and the environment from anthropogenic emissions and releases of mercury and mercury compound”.

Mercury, which is still commonly used in various fields, is recognized as a substance producing significant adverse effects, making it essential to be adequately treated and disposed of in a sustainable manner. HWE, whose members brought their expertise to the work of the Convention, pays tribute to the entry in to force of the Convention and attended this important event.

For HWE, the Convention shall ensure:

At the EU level, the adopted regulation on mercury  (May 2017) enabled the EU to ratify the Convention.​